Testing a system following modifications or corrections; includes retesting and regression testing. This is testing following a change or fixes to the software or environment. This should involve two types of tests:

It is retesting or confirmation testing, which reruns test cases that previously failed to verify the success of corrective actions.

Regression testing of a previously tested program following modification ensures that defects have not been introduced or uncovered in unchanged areas of the software due to the changes made. An estimated 20% to 50% of changes introduce new defects.

It may be performed at all test levels and types, including functional, non-functional and structural testing. Regression should occur at all testing stages after a functional improvement or repair.

Automation testing, is an advanced level for new testers, make sure you follow my blog for other courses specifically on automation.

Retesting and regression should be repeatable, so they can be rerun every time there is a change or fix.

It’s essential to automate both retesting and regression tests.

Automation is not a full substitute for manual testing as not 100% automation testing can be achieved and it shouldn’t. 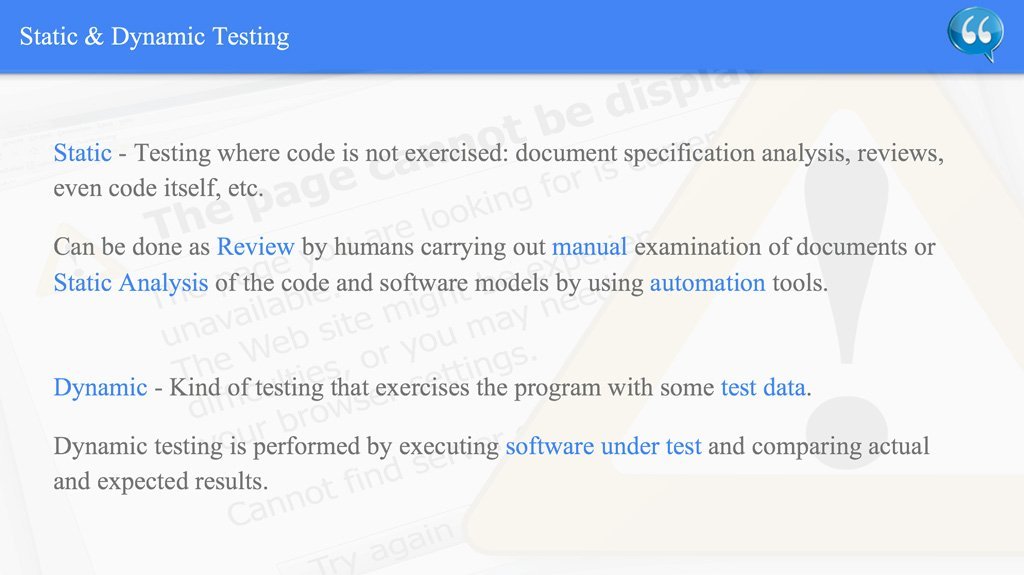 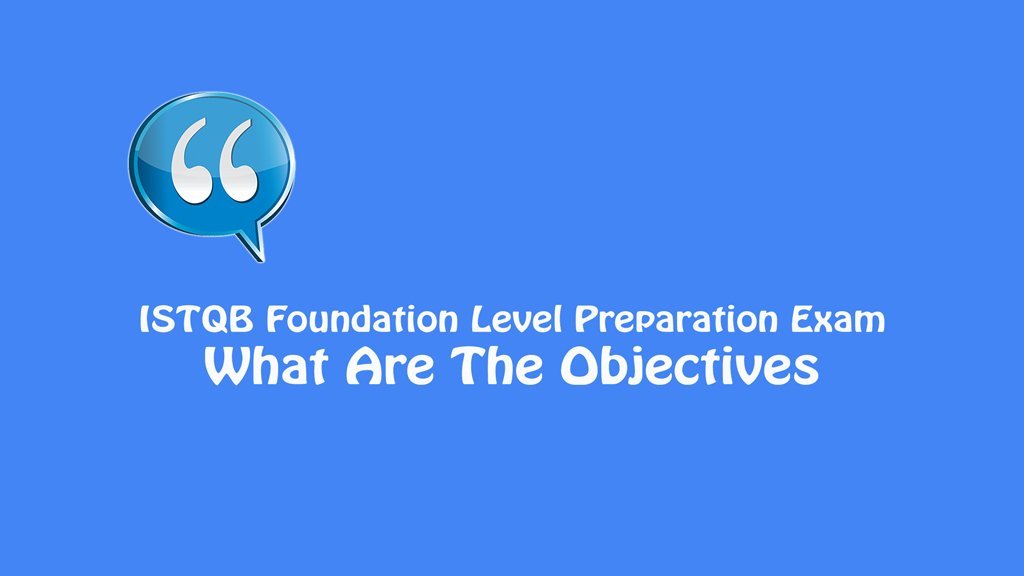 ISTQB Foundation Level Exam – What Are The Objectives 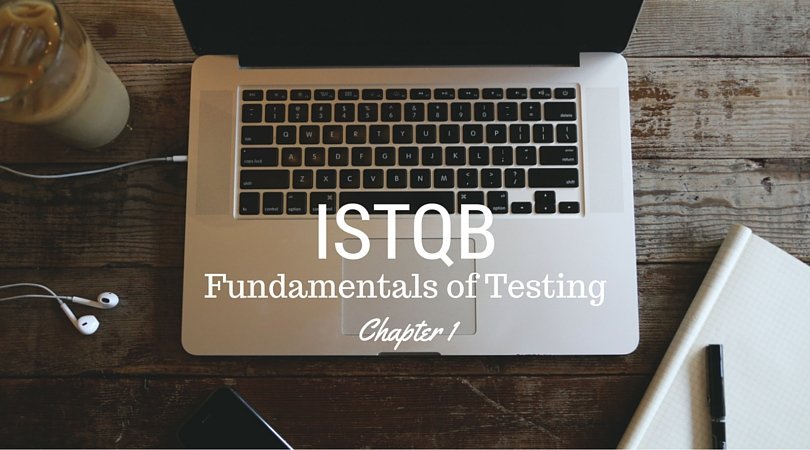 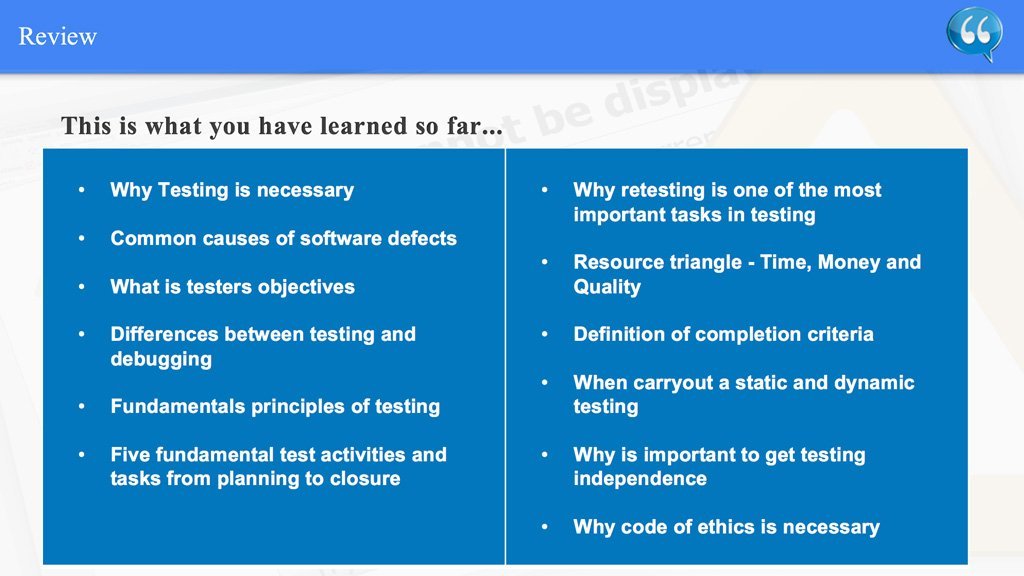 This is what you have learned so far… ISTQB